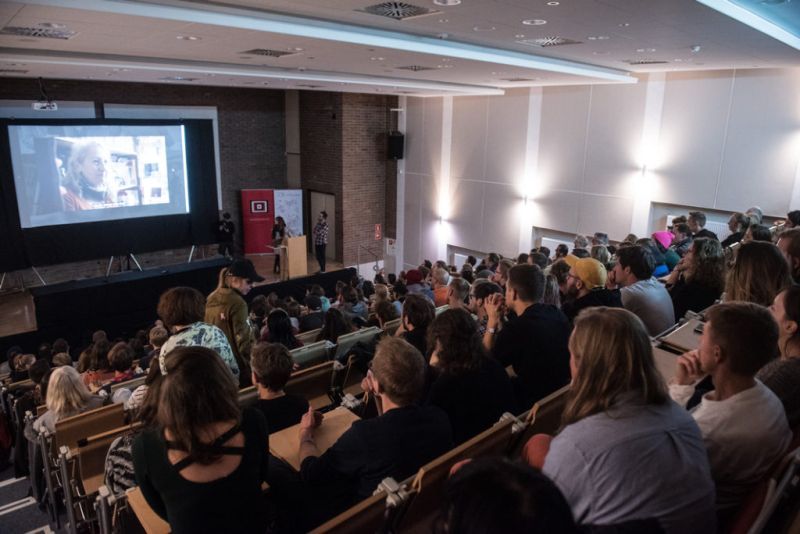 The 13. edition of the Film Spring Open Workshop has come to an end. Thank you!

Our international and interdisciplinary film training, the Film Spring Open Workshop has come to an end. We would love to thank everyone who participated, supported and made this event possible to happen.

Our Filmspringers’ family is growing every year and this October about 300 participants and dozens of members of academic and technical staff learnt and worked together for 10 amazing days in Krakow, Poland.

This year’s edition proved once again that the Film Spring Open Workshop has become one of the biggest audiovisual workshops of new technologies in the world. Participants working individually or in 23 creative groups made films using the high-tech film equipment worth over 2,6 million euros (PLN 11,5 mln), provided by over 60 technology partners, including world’s top brands.

Participants had 10 days to prepare, shot and edit their projects. The final show of their films was the celebration of creativity, cooperation and passion for the cinema.

Apart from practical learning through filmmaking, which is the trademark of the workshop, the educational progamme included 35 lectures and Q&As with top specialists and covered such various subjects as new technologies, animation, film debut, international co-productions, Artificial Intelligence, documentary making, psychological aspects of creative work, visual dramaturgy, financing of film projects, production of nano-budget films and many others, also including detailed analyses of films made by the workshop’s guests.

The main theme of the workshop was the New Film Production Model which allows to make films cheaper and better. Participants could test possibilities offered by the Cinebus, a mobile film studio built by the organizers according to the rules of the new production model.

As Sławomir Idziak, the initiator and Artistic Director of the Film Spring Open Workshop stated during the closing lecture,

“this was an exceptional edition regarding both the number and quality of films that were produced during the workshop, and it is clearly visible, that you [participants] learn and make use of modern tools of film language. The team work is also crucial and one can see how long-term collaborations are being initiated here and various professionals meet to experiment together and to develop their skills at the crossroads of different aesthetics.”

The workshop brought together participants from many parts of the world (1/3 of participants being foreigners), meaning that these collaborations are often international or even transcontinental and therefore they build the global network of filmmaking community and create new, exciting possibilities in the film market.

The workshop itself wouldn’t be possible without a great teamwork and collaboration with our amazing partners.

Therefore, we would like to thank the institutions which financed and supported this year edition: Creative Europe MEDIA Programme of the European Union, the Ministry of Culture and National Heritage, the Polish Film Institute, The City of Krakow and the Małopolska  Region.

Krakow Festival Office (KBF) and Krakow Film Commission co-organized the event and thanks to their long-term support, for the last few years, each autumn Krakow becomes one big filming location for our participants.

Our professional training wouldn’t be possible without the support from our Technology Partners who cooperate with us and very often also with each other to bring the best possible solutions and the newest equipment and software to our participants. We are honoured having the opportunity to cooperate with such innovative and renowned brands.

We are very grateful to our Partners and Organizational Partners for providing our participants and guests with new, exciting possibilities and enabling us to develop and improve each ear.

Thanks to our Media Partners, our activities are visible and we host more and more participants each year. Big thanks to all amazing media that cover our little story of fulfilling a big dream of filmmaking accessible to young talented people from all backgrounds.