We invite you to join Film Music Group which will be led by outstanding experts, journalist Miśka-Jackowska and composer Michał Woźniak. Classes will take place online at Google Meet platform. Practical work will take place thanks to our befriended rentals which will share film equipment to film crews accepted by the group tutor in Warsaw, Cracow and more. Participation is free of charge. Registration is obligatory.

For the very first time at Film Spring Open we invite you to work and talk together in an open group that will be focused on all activities related to use of music in an image. We encourage everyone who is planning to use original or existing scores in their projects, as well as composers. The group’s functioning is going to be based mainly on consultations and practical help in the selection of musical score in its application in a film. It will also serve as a meeting platform for directors, producers and composers. The impact of music on an image is tremendous and we have dedicated most of our professional lives to this concept – say Magda Miśka-Jackowska and Michał Woźniak, who will be the leaders of the group.

Magda is an expert, a teacher and a journalist; she has talked and written about film music for more than 15 years. Currently, she works as a consultant on various film projects and holds classes for students of musical composition. Michał Woźniak is an acclaimed composer, multi-instrumentalist and music producer with extensive experience in working on feature films (Manhunt, Mister T.), documentaries, animated films, short films, TV series and commercials. We invite you to join the group at every stage of production: from selecting or creating the music, to recording. We are happy to share our knowledge of how to deal with a very limited budget, where to look for music and how to use effectively it in a film. We’ll also try to help the participants in establishing contacts with music composers, and the vice versa: we’ll enable composers to reach film makers. 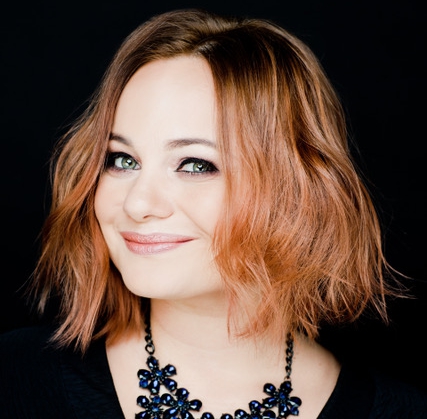 Magda Miśka-Jackowska – journalist, radio host, teacher, member of the RMF Classic radio team for 15 years. An acclaimed presenter. She belongs to the select group of professional music film journalists in Europe. Author of numerous radio programmes made for RMF Classic on the topics related to cinema and film music, including documentary series Mistrzowie drugiego planu (Masters of the background) about unknown film professions and Cały ten film (All about film), which showed different stages of film production from the idea to the premiere. Hostess of the film magazine Moje Kino (My cinema), for which in 2010 she received the award of the Polish Film Institute for the best radio or TV programme about film. She was the author and hostess of the only film music hit list on the Polish radio, presented weekly on RMF Classic. Magda Miśka-Jackowska has conducted hundreds of TV and radio interviews with the greatest personalities of the world of music, cinema and most importantly film music. Author of the two-disc compilation Złota kolekcja – Ale filmy! (Gold Collection – Film music) and of many articles and texts about the tenth muse. Her latest radio programme, a 12-episode series entitled Zagraj to jeszcze raz (Play it again), also available as a podcast, is a story about the phenomenon of film music. The programme features several dozens of composers including the greatest stars of the genre such as Ennio Morricone and Hans Zimmer, as well as film directors, instrumentalists, heads of music studios, songwriters, conductors, actors and dedicated fans of film music. She graduated from the Faculty of Radio and Television at the University of Silesia in Katowice. To this day she is associated with the Faculty of Fine Arts at the university, where she holds classes for students in film scoring. As a teacher, she is also associated with the Academy of Music in Łódź. 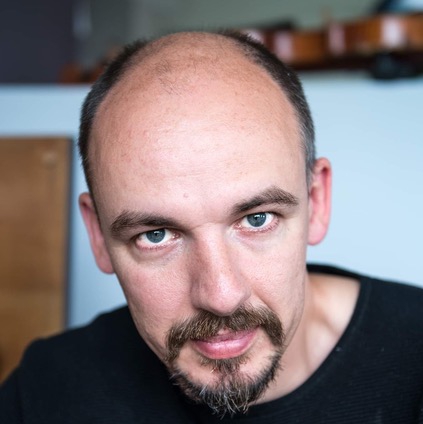 Michał Woźniak – composer, arranger, music producer, sound engineer and multi-instrumentalist. Founder and owner of the Brevis recording studio. Composer of highly valued and inventive musical soundtracks to films directed by Marcin Kryształowicz: Eucalyptus, Manhunt, All About My Parents, for which he was nominated for the MocArty RMF Classic award in the film music category and Mister T, for which he was nominated for the Polish Soundtrack of the Year at the Krakow Film Music Festival. Author of scores for numerous short films, documentaries and theatre plays. He collaborated on the production of film and television music recordings, including the TV series Czas Honoru (Days of Honor), Chichot losu (The Laughter of Fate), Misja: Afganistan (Mission: Afghanistan), Chyłka, and the feature film Mistrz (The Champion) scored by Bartosz Chajdecki. From 2005 to 2020 he worked for the RMF Group as, among others, producer for the RMF Classic radio. Author of music for songs, commercials, jingles and multimedia, recording producer for RMF FM of music by Edyta Górniak, Gromee, Urszula and Lady Punk. Violist, session and concert musician, member of the Galicja group. A graduate of the Academy of Music in Krakow. Two-time winner of the composition competition of the Estrada i Studio monthly magazine. Holder of the Jan Kanty Pawluśkiewicz and the Internationale Bachakademie Stuttgart scholarships.

The Film Spring Open Foundation has developed a Mobile Virtual Studio, which aims to eliminate the green screen technique. Our Virtual Studio is based on rear projection and gives the possibility to introduce camera movement into the projected virtual background. Such a solution allows us to combine the background...
Read more
Informations Press Kit Gallery
Bez kategorii
Cinebus
Film Spring Workshop
New Model of Film Poduction