We announce a competition for the best video script for the song “Królewna” performed by Lanberry. The winner will receive a scholarship to participate in the Film Spring Open Workshop and an invitation to the Music Videos Group, which this year will be supervised by Tadeusz Śliwa, an award-winning author of commercials and music videos.

As part of the Music Videos Group, as every year, participants will have the opportunity to implement studio projects according to their own ideas, illustrating the song “Królewna” by Lanberry – an artist cooperating with Agora Publishing House, which this year again took patronage over the group. Participants will work under the watchful eye of an experienced music video maker, Tadeusz Śliwa, winner of the Fryderyk Award for the video “Początek”, shot for the Męskie Granie Festival 2018. We also plan his lecture with a screening of the director’s films. 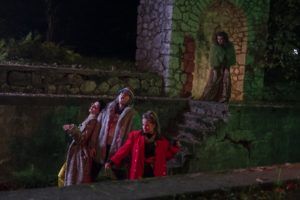 We give the most talented and determined adepts of audiovisual art the opportunity to participate free of charge in this year’s Film Spring Open Workshop (accommodation included).All you have to do is take part in the competition for the best script for “Królewna” music video. And win 🙂

The laureate will be selected by a committee composed, among others, of the leader of the Group.

We will announce the results on our social media. 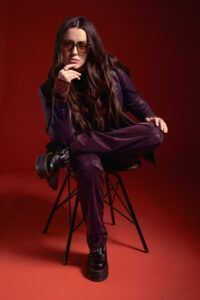 If you are interested, let us know, we’ll send you a recording of the song. Listen to Lanberry and her “Królewna” and then let your imagination run wild. Good luck!

We also invite you to register for Film Spring Open Workshop! 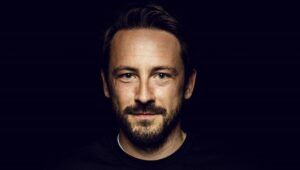 Tadeusz Śliwa: in 2002 he graduated from the Academy of Film and Television, and three years later – he graduated from the Kieślowski Film School in Katowice. He has made award-winning short films and the political comedy series “Ucho Prezesa” (2017-2018). In 2019, he made his full-length debut with the comedy “(Nie)znajomi”. He made commercials and music videos for artists such as: Tede, Coma, Łzy, Ewelina Flinta, Virgin, Golec uOrkiestra, Olsen Fu, Hania Stach and Plastic. Winner of many prestigious industry awards, incl. Fryderyk for the music video “Początek” made for the Męskie Granie Festival 2018.

Rules of the contest for the script of a music video_2022