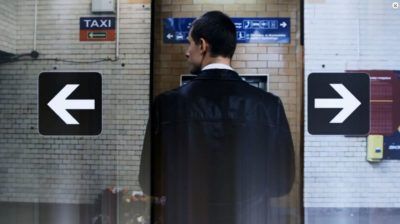 Would you like to get to know practical aspects of creating interactive movies from writing a script with multiple endings to the distribution of such films on the Internet and on mobile platforms? Join Interactive Dramaturgy Group! Especially for Film Spring Open Air the group develops its own technology for interactive video and implements it in the pioneer productions combining film and computer games.

We believe that cinema is going in the direction of a new format of the film show searching for an alternative to the traditional, linear story. At Film Spring Open Air we want to prepare participants for this new form of communication with the viewer who wants to decide to participate in the creation of a story and thus affects further development of dramatic events.

We have been searching for a new format of the film show for several editions. In 2013 thanks to the commitment and hard work of Flamberg Group and filmmakers they managed to make a live game session of LARP (live action role playing). Programmers, InventCore Group, presented different film scenes “of the world of LARPs” on its own prototype tool to compose nonlinear films (www.deligic.com). Viewers voted live using smartphones, tablets and laptops connected to the router and they chose in majority rule how further action develops.

The effects of their work are here:

During Film Spring Open Air 2014 we will continue the group work with programmers InventCore Group who together with filmmakers plan to make two interactive projects:

1. “Sonata Marymoncka” – a PREVIS of interactive short fiction film based on a novel “Sonata Marymoncka” by Marek Hłasko. Its major value is an advanced concept of audience interaction in entertainment, unprecedented, extremely difficult to achieve but very rewarding. The aim of the project is to adapt the Hłasko novel in an original, innovative way moving the “interactive movie” onto a whole new level but maintaining the artistic, professional dimension of the film. PREVIS aims to test the technology and this type of production workflow.

2. “Smoking Kills” – a combination of black comedy with elements of thriller/horror where everything that seems certain is turned upside down. An awkward meeting in an exclusive restaurant between disputed spouses suddenly turns into a nightmare. More on the official website here http://inventcore.net/website/smoking/. The project combines narrative film images and interactivity of computer games. Through various interactions during the dialogues and action scenes viewers create the main character and his choices. Then we find out how these decisions affect the development of the action and whether it leads to a satisfactory conclusion. First draft of the film will be presented at FSO. Full version will be available online and in the form of applications for Android platform and Windows 8.

Looking forward to hear from you!