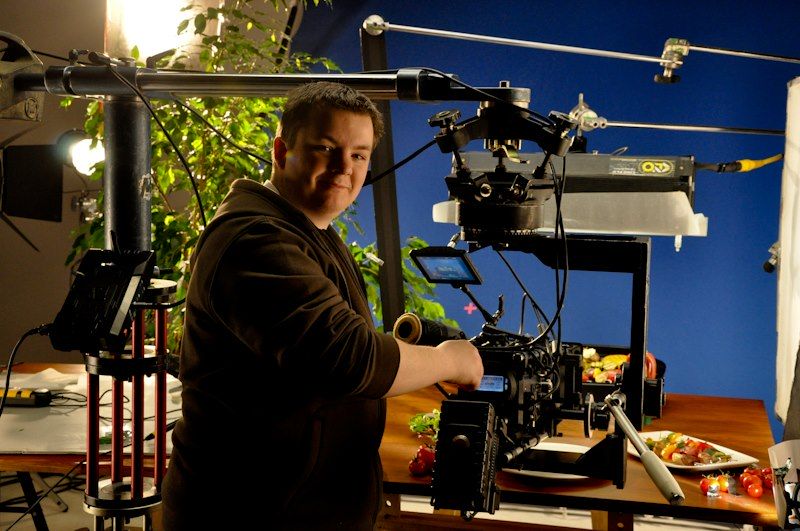 Film Spring Open 2017 has just introduced to its program a new creative group – Samsung Vloggers Group. The Strategic Partner of the venture is Samsung and the group of young Internet creators will be led by Daniel Rusin aka the Life Director.

– I want to prove in this group that in today’s world, especially in the digital world, what matters is an idea not eguipment. Often, you do not need expensive cameras and you can work with a simple photo camera or… a smartphone. We are getting more and more mobile, our equipment weighs less and is available at any time what gives us more opportunities to use our creativity. With Samsung’s latest smartphones as well as stabilizers, light and creative support from great film experts, we’re going to create some cool videos. At the end of the workshop we will sit down in the cinema and see our productions on the big screen. Let’s see if you can watch the film made with the phone at the cinema! – Daniel Rusin tells about the new group.

Daniel is the creator of the Life Director YT channel, where you can watch his social experiments, feature shorts and other creative forms. Apart from being busy with his YouTube portal, he has been working in advertisement for years, focusing especially on adverts with influencers.

In the Samsung Vloggers Group, you will learn how to set up  your channel, how to produce films for the web, how to collaborate with brands, how to make use of product placement and how the YouTube works as a portal and thereby how to make a successful video.

During the Film Spring Workshop, you can learn how to create the content for the web also in the Internet Creators Group which will focus on filmmaking with the use of cameras and special effects. The group launched last year will be led by Marcin Randall Nowakowski, Internet creator and a visual effects specialist. Randall has co-created many popular YouTube videos with a combined total views of over 30 million, and has been working with leading Polish vloggers such as Martin Stankiewicz, Cyber ​​Marian and SA Wardęga.

Film Spring Open has always followed or even foreseen the trends in audiovisual art, hence, in response to the rapid growth of the importance and quality of films on the Internet, there is such a wide presence of this subject in the program. The icing on the cake will be a lecture by Konrad Kruczkowski and Jakub Górnicki.

– I would like to talk about the phenomenon that I am observing. Many ambitious and creative authors want to create valuable things at the beginning of their career. However, at some stage the prose of life takes over – commercial work “replaces” earlier aspirations. For some reason one becomes an alternative to the other. However, I have the conviction that these two realities can be reconciled – says Konrad Kruczkowski, one of the most recognized and awarded bloggers in Poland.

The second speaker will be Jakub Górnicki, creator of the project “Outriders“, which combines documentary with technology. According to Jakub, “the new technology should be entertaining. The first stage is the euphoria of new possibilities which often overshadow the story itself. It is only when we find how to make use out of them that we can control it. In other words – the excitement because we can ride a bike does not mean we know the destination. Frequent sin is an excess of tools and multimedia, which become more important than the story itself”