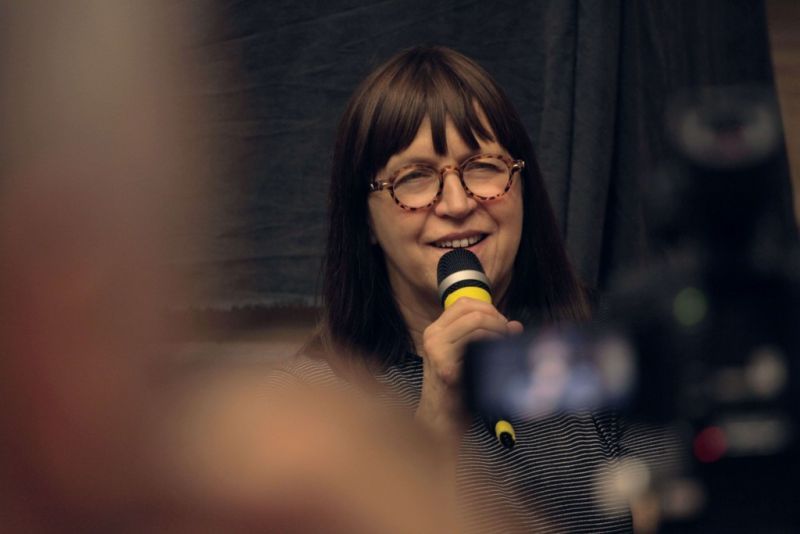 The special guest of the Film Spring Open Workshop 2018 was Ewa Puszczyńska, the Polish film producer responsible for the success of many films, including Oscar-awarded “Ida” or “Cold War”, this year’s Academy Award entry.

The expert shared with the participants experiences and reflections on work in the film industry. The main topics of the lecture were the challenges facing the debutants and the need to adapt to the ever-changing market.

The starting point for the discussion was the description of the paradox regarding changes in film production. On one hand, the development of technology has facilitated the creative process enabling more films to be produced, on the other hand, this has generated gigantic competition on the market.

“This world is becoming increasingly difficult. More and more films are being created because it is easier to make them. Therefore, you must be really determined to achieve something. You need to have something really interesting to say, and it’s harder and harder to say something new. In this case, we can say something that has already been said, but using a different film language, a different form.”

Ewa Puszczyńska also pointed to the visible difference between television and cinema, underlining the growing budget disparities as well as emerging opportunities to reach a potential viewer using the v.o.d platforms. According to the specialist, this means that young film makers need to make many important decisions “choosing between the charm and splendor of cinema, and the ability to reach to the wider audience.”

She warned film school graduates that when they are entering a new reality of the film market, they should take into account the fact that this is an extremely demanding place. It is necessary to realize that the profession should not only be a huge passion, but also a source of income, which is why it should be noted that “the film is not only a work of art, but also a product to sell which has its own market value.”

According to the guest speaker, the most desirable elements in the pursuit of the film debut are exceptional stubbornness, unique content and exceptionally favorable conditions. What’s more, the recipe for good cinema is a choice of topic that will be interesting and universal. The creation of a timeless cinema that touches a viewer and does not lose its validity is the key factor of the success. Getting to the right place and right people at the right time is often decisive in whether or not you will succeed in fulfilling your dream about creating a unique movie.

“Thinking about yourself in terms of the creator, who above all must be a good craftsman and only then an artist is essential in being active on the contemporary film market.”