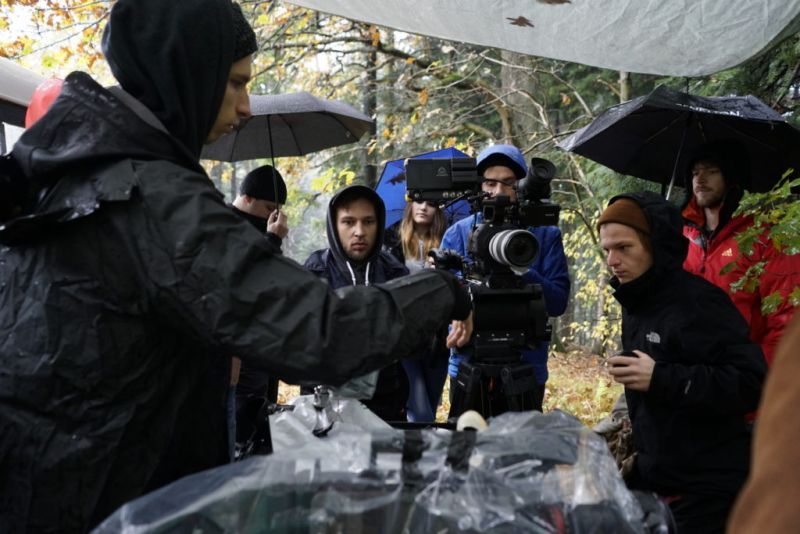 The second team – how to speed work without losing in quality control.

The American system of production of high-budget films is based on two teams. The production is based on the assumption that the most valuable time on the set is the period when the actors cast in the main roles (stars) appear on the set. Due to the star-sized fees, the crew can’t afford to shoot the so-called they can’t afford to make cutaways, or even countershots for “less important actors” in. The second team shoots all long shots (actors are replaced by body doubles), “plates” that are needed for VFX, close-ups or even whole scenes that are rated as less important for the finished film.

In practice, however, this system has many other advantages. In action films, where the second team usually films enemies (like the Somalis in “Black Hawk Down”), their much more important role is to “clean up”: the director with the editor, watch the already edited scene orders to make additional shots needed to edit the part.

We would like to propose a system in which the second team would be responsible for labor-intensive tasks that do not require the presence of the director, also for the above mentioned “cleaning”, but most of all, and this is a novelty in this system, for the preparation of the next set object/location for the filming. That is why it is so important in the new system to redefine film professions.

As it isIn the traditional model, after selecting (or constructing) the sets, the set designer together with the interior designer and prop master prepare the location for filming on the eve of commencement of work on a given object. The set or location is decorated with furniture, repainted, furnished with necessary or decorative props.

The next day, the proper filming team appears, starting with lighting up the set, followed by (it often happens in parallel) the actors’ rehearsals and the actual filming.

When the pictures are finished, the interior designer, the prop master or their assistants reappear on the location and return the object to its original state.

As it could beWe want (and this model has already been partly tested on the set of Natalie Portman’s film “A Tale of Love and Darkness”) to propose for small-scale productions (or especially for small-scale productions) a model of the second team, whereas the list of such team’s duties would be much longer. We want to build a more efficient system with much fewer specialists. I mentioned one of its elements, the Visual Director. I would also like to remind you that it will not matter whether their origin will be in set design or cinematography. In the new system, the Visual Director and their Assistant (currently the 2nd Cinematographer) will be responsible for the entire visual side of the film. Likewise, the Director will have their trusted partner (2nd Director). The obligation to prepare, and later dismantle, the next set or location will fall on these two closest assistants (a novelty).

But most of all, the Second Director and Assistant Visual Director will be responsible for the filming of the second team.

[Extracts from the Essay “How to make films cheaper and better” by Sławomir Idziak.]