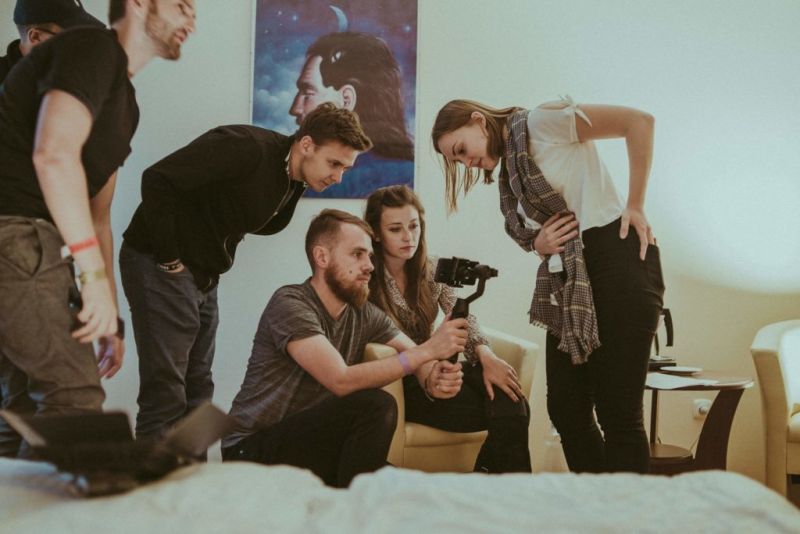 The Commercial Film Group with Jan Cieślar as a mentor!

We announce recruitment to the next group during Film Spring Open Workshop 2021. You will learn the art of advertising film under the supervision of Jan Cieślar, who has won over 60 awards at the most important international and Polish advertising festivals.

What to expect of the Commercial Film Group?

A lecture titled: “Cat in a shark costume on Roomba – about post-advertising, the economy of attention and the constant search for new media” and, of course, workshops conducted by an expert.

“As part of the workshop, we will go through the full process of creating an advertisement – from defining a brief, through looking for inspiration, discovering insight, naming a big idea, choosing a medium, to production, creating case studies and promotion created as part of advertising workshops. We invite people from all disciplines – diversity is a main force behind!,” announces Jan Cieślar.

Jan Cieślar has begun his career as a pastor and currently is a Chief Executive Officer at Superkami gamedev studio. Over the years of his career in advertising he had the privilege to work for 500 companies, such as Samsung, Disney, Ikea, and MTV. He also worked with local charities such as Rak’n’Roll and the Polish Red Cross.

His campaigns based on the new technologies (3D printing, games, virals) were widely commented on in Polish and foreign media. The fact that he has managed to rack up over 60 awards and nominations at Cannes Lions, Clio, One Show, Eurobest, Young Guns, Epica and others, has made him one of the most accomplished advertising creatives on the local scene.