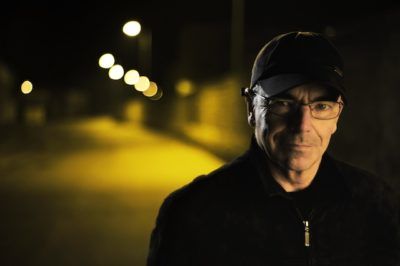 Sławomir Idziak workshops at FSO “The Triple Life of Veronique”

Sławomir Idziak workshops for directors and cinematographers and producers.

“The Triple Life of Veronique”

Krzysztof Kieslowski’s film “The Double Life of Veronique” was made over twenty-five years ago and will serve as a practical example of what has changed in film industry in the past quarter of a century. We will re-make it (few selected scenes) to refresh its effect on the contemporary audience. On this occasion we’ll talk about drama, new production models – the whole complicated process of translating literature into the image. All this will take place with the help of actors from an original script but without technology (no cameras for shooting).

It’s not the point to create a remake of the film during this workshop. The participants’ task will be to “create” an original work based on a different message and told in a completely different modern style. We’ll start with script analysis emphasizing how storytelling affects the impact on a viewer. We will analyze different models of work and the need to include in this phase creative work of all team members who will have impact on the final shape of the film. Often this routine causes subsequent failure.

Then with the help of selected actors we will re-create some of the scenes from the film focusing on the development of film language, new models of dramaturgy in contemporary film and its production methods.

Interested participants of Film Spring Open – please contact Gosia Tusk at gosia.tusk@filmspringopen.eu to receive the script of “The Double Life of Veronique”. Those of you who wish to participate in these workshops should not only read it but also prepare as if they really were future directors, producers and cinematographers of this film. Only then our meeting and work on a new version of Veronica will have a true meaning.