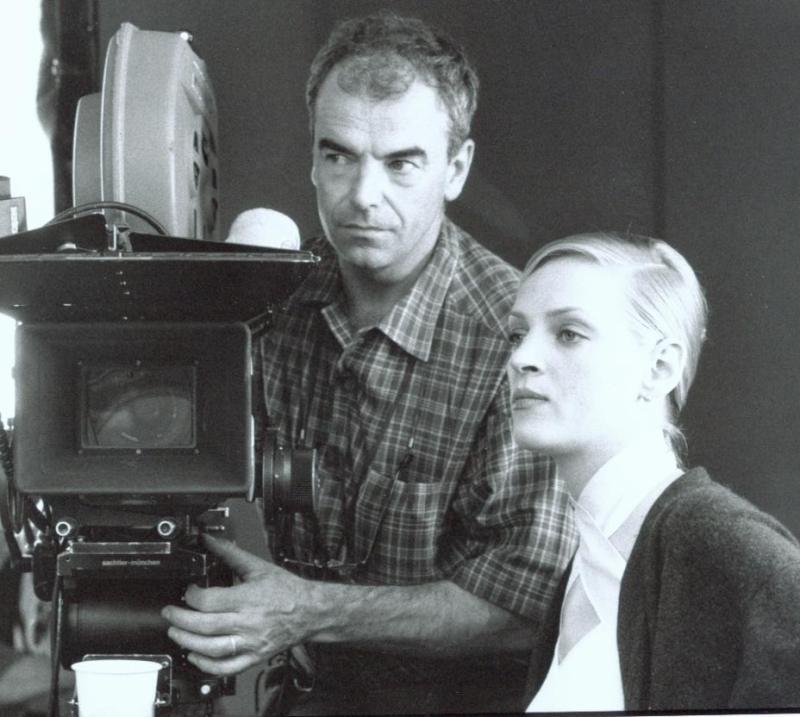 Sławomir Idziak will lead the Actors Previs Group this year

Information about the Previs Group

The participants are going to receive the shooting script of Gattaca, for which I worked as the director of photography. During the practical exercises – staging with the actors, the participants will create a virtual film (previs) based on the original (shooting) screenplay. The previs to Gattaca cannot be a replica of the already existing film. The participants should “create” an original work based on a different message and told in a different style. That is why the first day of the workshop will be devoted to analysis of the screenplay. In this phase the accent will be put on the necessity of establishing and description of the future film style. Together with the participants, we will analyse how the way of telling the story (the style) influences the essence of the story itself.

We will also examine different work models and discuss the importance of including into the process of screenwriting every person who influences the final shape of the film (the actors, the cinematographer, the composer). We want to stress the significance of such working method by showing how neglecting it may be the cause of a potential failure. On day one of the workshop, the participants will have to formulate their vision of the work, most importantly the message (main idea) and style of the future film and its previs. The participants should not be influenced by what Niccol has done but rather look for new solutions. It is particularly relevant for Gattaca, a sci-fi film then, created over twenty years ago whose reality is now within reach.

From day two, we are going to perform chronologically (with the help of our actors) the most important scenes of the new Gattaca, remembering that chronology in real filmmaking is rarely possible. In this stage, we will focus on the main topic of the seminar: teamwork. We will take into account the polyphony of the filmmaking process: all the elements of the work on a professional film set. In other words, we will try to answer the question of how to translate the knowledge from various fields of the film school education into practical work on set. In the next days, we will stage the most important scenes of the film to show and proof how in the creative process we drift apart from the initial objectives. Sometimes it influences the final work in a positive way, but very often in the negative way. We are going to analyse possible control methods.

Such process of creating a previs – a virtual film in a nutshell – most often without the camera and the technology, will allow the young filmmakers to learn their tendencies and weaknesses. I hope that they will understand how a single idea may be flawed or too limited, and how a partner in the creative process may take just a scrap and turn it into something of bigger, adding new valuable ideas. The emphasis on teamwork and control over one’s ego is often uplifting and open new perspectives. Help to show that a true work of art has a life of its own, which many young artists seem to forget. We want to separate the rules of storytelling techniques from our (often illusory) belief that the viewer has to follow our convoluted ideas. For every scene of the previs, we can refer back to Gattaca and compare our staging with A. Niccola’s staging. 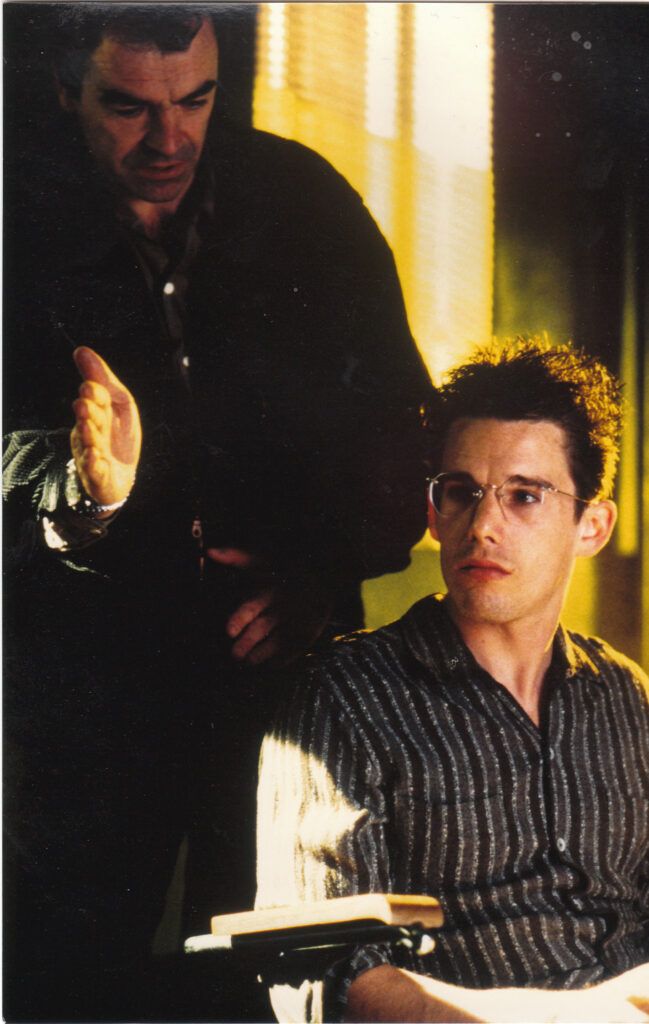 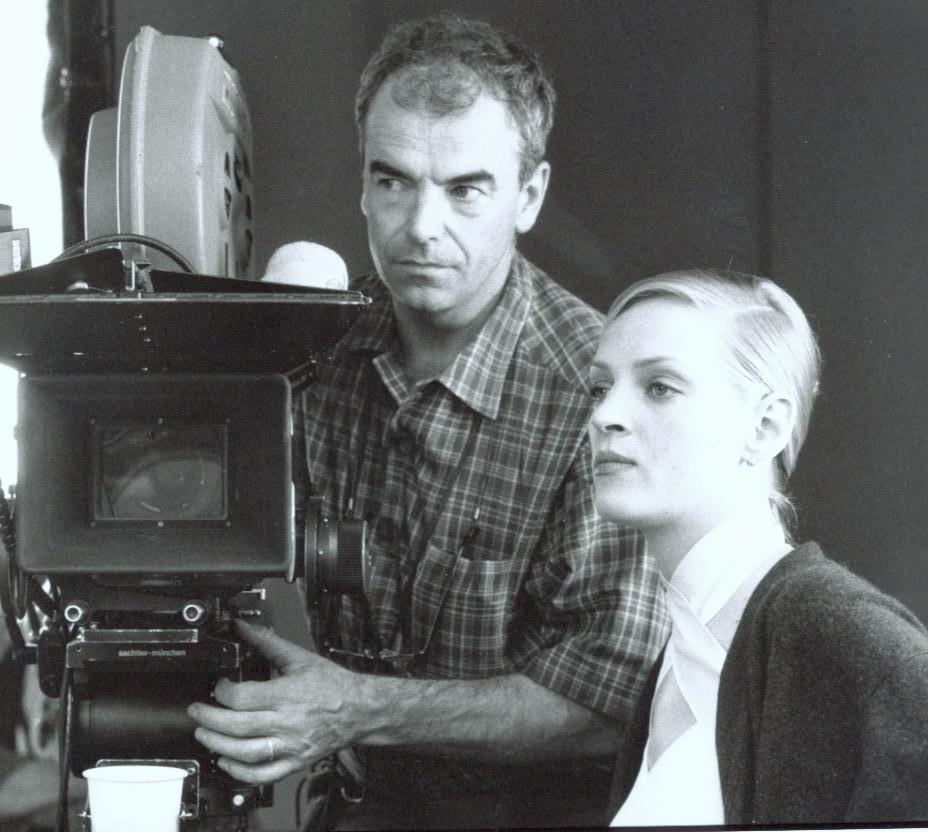 Photos from the archive of Sławomir Idziak, taken on the set of “Gattaca” movie.

Auteur cinema – does it have to be this way? Author: Sławomir Idziak

Having worked in filmmaking for over 50 years all over the world, I noticed that in the era of a dramatic change in film technology, the method in filmmaking remains unchanged. It often seems that the system of film production continues to be the same, is if these changes didn’t apply. This very human reflex to stick to tradition and blindness to the ongoing change is clearly visible in the film production system, and it starts in film schools.

In Europe, we cultivate the myth of auteur cinema, with both a local and a wider reach. Artists such as Fellini, Wajda, Kieślowski, or more recently Pawlikowski, Cuaron or Almodovar have a global impact. Young people, when enrolling into a film school, identify themselves with this model completely and the film education often strengthens this belief. I sometimes feel as if this European auteur theory served some ambiguous interests. It is in somebody’s interest to prevent from creating original films that would be also commercially attractive. Numbers don’t lie: just compare the profits of the mentioned directors with the big American blockbusters.

Does it have to be this way? Not necessarily. Video games including the Polish Witcher are great examples. An individual will always lose in a fight against a well-organised institution. I believe that very often the promotion of the idea of auteur cinema is an abuse and often acts as justification for the status quo of a disproportionally divided film market in Europe and in the world. Why is that? When we take a look at a practical definition of the profession of a ‘film director’ (taking into account successful directors), we will quickly see how broad this definition is:

In all that chaos, with thousands of tasks, “actions” and “cuts” on set, the director has to carry a vision that in the end will invoke emotions in the audience sitting in the dark screening room.

Is that an easy task? And do film schools prepare their students well for such a mission? I often doubt it since I have dealt with educated professionals on film sets and I have observed their helplessness. There are thousands of reasons, smaller and bigger ones. Let me focus on a few of them that I consider relevant. The European film education model is oriented towards the ego of an individual artist who is supposed to fulfill his or her artistic visions. An example of this is many schools offering education programs for directors and experts in other fields: cinematographers, editors, set designers. Future directors are from the beginning considered better than their colleagues even though they haven’t done anything special apart from augmenting their egos. But the work on set is teamwork. In the filmmaking structure a single individual is not able to control the entire process– it is just impossible. A good film is made as creative group work. Yes, there is a need for a conductor, someone who has the final say, but he or she needs a group of artists playing various instruments. They will play the same score provided that they become participants in a joint undertaking. To achieve that, they must share or understand the director’s message. They have to have the chance to participate in the joint process of translating the screenplay into an audio-visual work. A script is just a literary draft. Some of the most important issues are not put in writing at all – I’m thinking about the visual part. Visual dramaturgy has its own rights which are different from verbal dramaturgy.

The work of a film composer usually begins at the end of the film editing process. Krzysztof Kieślowski used to begin the film prep with hours-long discussions with actors cinematographer and a composer. Every one of them had a sense of being part of the creative process long before the beginning of the shoot. The music in his films was always composed before the shooting, which helped to create the cohesive style of the film. There is a multitude of examples but the rule is universal.

The future director may be the driving force in the filmmaking process provided that he or she does not take the idea of auteur cinema too literally. From my own experience I can say that such artist like Wajda, Scott, Kieślowski –always make or made their films in a creative group, making use of other artists’ invention. Furthermore, today we have tools to do a “dress rehearsal” before entering the actual film set: to shoot the previs of the future film