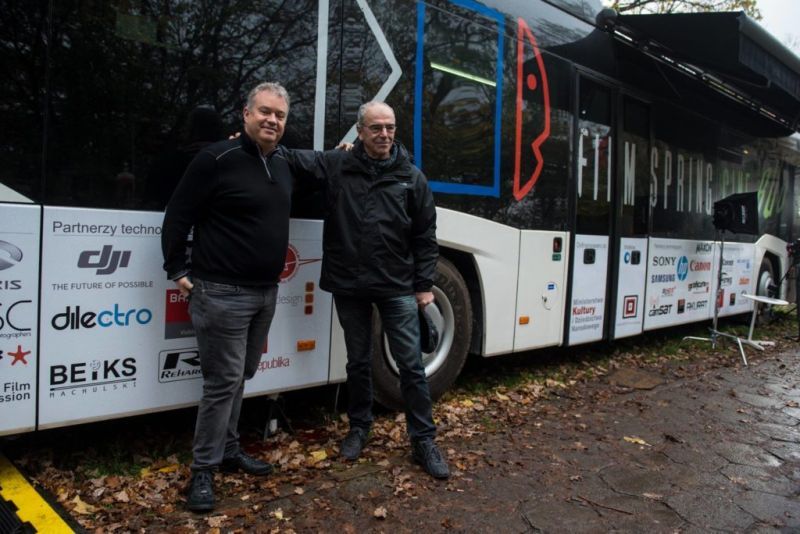 Slawomir Idziak will hold a Visual Dramaturgy Workshop with introduction to New Model of Film Production in Bratislava.

Throughout the seminar, its participants will focus mainly on the process of transforming a script into a motion picture without the use of a camera. This challenging exercise will result in gaining a complex knowledge and better understanding of the film language and has been already tested during our annual, 10-day Film Spring Workshop. This year’s edition of the Workshop will take in Krakow, Poland, October 17-16. For the last 13 years Prof. Idziak, initiator of the Film Spring Workshop and its Programme Director and lecturer, has been introducing an innovative educational formula which is updated each year to follow the newest trends in the audiovisual market or even to predict them. Modern approach to film making is exercised by learning through working according to the new Film Production Model which is taught and promoted at the event. The model takes into account recent technological advances and adapts them to increase the efficiency of film production, in other words, it allows for making better films using smaller budgets.

During the Film Spring Workshop our participants have an opportunity to use and test the unique tool of the new Film Production Model, Cinebus – a mobile film studio – created by our Foundation. Cinebus allows to practically implement all the changes promoted by the new model to produce films in a more efficient and cheaper way. For 10 days, apart from participating in the lectures, meetings with directors, film screenings and workshops, Filmspringers have at their disposal the most advanced film equipment, which creates kind of an experimental but at the same time very professional lab where they can test their skills and implement in a practical way the knowledge they gain during the workshop.

The Visual Dramaturgy Workshop will contain some of the elements promoted by the new Film Production Model such as risk management through various models of controlling the process of creation, the distributed authorship and organisational side o director’s work as well as techniques enabling filmmakers to recognize their predispositions and weaknesses.

To broaden knowledge about the new model of production we invite young filmmakers to join our workshop in Kraków in October.

“Great artists control what they do, listen to their partners, are critical of their own vision and ready to change it at any time” – says Slawomir Idziak and this idea may be a guiding motto for the emerging filmmakers who would like to produce their films in a modern and efficient way.