We announce the recruitment to the Piotr Woźniak-Starak Modern Film Production Group.

Lectures will be given by: Ewa Puszczyńska, Krzysztof Terej, Mariusz Włodarski, Agata Szymańska, Łukasz Dzięcioł and Małgorzata Domin, and the group will be led by Marta Szarzyńska and Joanna Tatko.

The potential changes in production methods from the point of view of individual departments will be discussed by, among others, cinematographer Sławomir Idziak and set designer Allan Starski.

The classes are dedicated to young producers and students, as well as those who have already produced their own film or are at the stage of looking for funds for an ongoing production.

The topics to be covered in the class include:

– promotion starting during the process of production and modeled on the concept of the patron of the group, Piotr Woźniak-Starak,

– analysis of the preparation, shooting and post-production periods in terms of risk control,

– differences between production of feature films and tv series,

– methods of obtaining funds for the implementation of projects,

The partner of the Modern Film Production Group is the Starak Family Foundation, the Honorary Patron of the “Imagine Yourself” competition. The aim of the competition is to search for interesting ideas for film scripts and to build relationships between authors and representatives of the film industry.

Piotr Woźniak-Starak was a pioneer of a new production model in Poland.Model of a Creative Producer involved in the filmmaking process at every stage of production: from selecting the script, through its supervision and creative evolution during shooting, to promotion during and after the shooting.

He has made films such as “Gods” by Łukasz Palkowski or “The Art of Loving. The Story of Michalina Wislocka” directed by Maria Sadowska, which won the hearts of the Polish audience. He founded the production company Watchout Studio.

Ewa Puszczyńska is one of the most famous and most successful Polish film producers, awarded with the European Film Award for the war drama “Quo vadis Aida?” by Jasmila Žbanić and the BAFTA Award for “Cold War” by Paweł Pawlikowski. Her CV includes: Oscar-winning “Ida”, “Kill it and leave this town” or “The Silent Twins”.

Krzysztof Terej is the CEO of the Watchout Studio. He is a producer of Polish box office hits such as “Gods” and or “The Art of Loving. The Story of Michalina Wislocka” and the international project “The Coldest Game ”with Bill Pullman in the lead role. He produced the first film about zombies in Poland, or “Apokawixa”, directed by Xawery Żuławski.

Mariusz Włodarski: Producer of the Year 2021 – title awarded by the Polish Producers Guild.He was behind the success of such titles as ” Never Gonna Snow Again”, “Sweat”, “Intruder”, “Oblivion”, “Wolf” and “Silent Land”.

Agata Szymańska: a graduate of the Faculty of Radio and Television at the Krzysztof Kieślowski Film School, University of Silesia, co-founder of the Balapolis company, where, together with Magdalena Kamińska, she produces feature and documentary films, as well as international co-productions such as: “Baby Bump”, “Werewolf” or “The Hamlet Syndrome”.

Łukasz Dzięcioł is a graduate of, among others, The Los Angeles Film School. He worked at Opus Film and Opus TV studios.Producer of, among others: “My Blood” by Marcin Wrona, “The Promise” by Anna Kazejak or “I’m Lying Now” by Paweł Borkowski and the series “Klangor” and “The Queen”.

Małgorzata Domin: co-owner of the independent production company Domino Film, since 2007 she has been the executive producer of Lech Majewski’s films. In 2015, she independently produced the family adventure comedy “Klub Włóczykijów” based on a novel by Edmund Niziurski. She teaches film production at the Krzysztof Kieślowski Film School in Katowice. 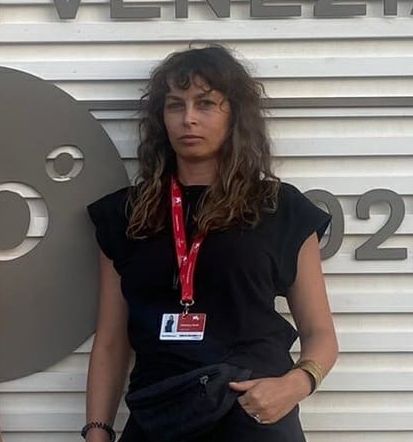 Marta Szarzyńska started her work in a full-length feature with Tomasz Habowski’s “Songs about Love”, for which she received the KIPA Award for Producer’s Debut.A graduate of Philosophy and History Studies at the Maria Curie-Skłodowska University, post-graduate studies in the Reportage Laboratory at the University of Warsaw and the “Creative Development” course at the Wajda Film School. 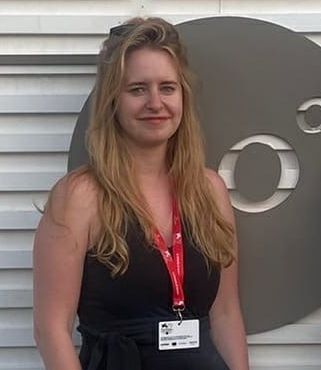 Joanna Tatko is a creative & executive producer, script consultant specialising in deepening character psychology. She is a graduate of the Film School in Łódź and has a degree in psychology. She has been working in the audiovisual industry since 2009. She has experience in documentary and feature filmmaking and international co-productions. Member of EAVE and the Polish Filmmakers Association. Films created with her cooperation (e.g. “Symphony of the Ursus Factory”, “Bucolics”, “January”, “Autobiography”) have repeatedly appeared at festivals such as: Hot Docs, DOC Leipzig, Millennium Docs Against Gravity, FF in Gdynia, Camerimage IFF, Locarno FF, Tribeca FF, Venice IFF, Toronto IFF and many others in Poland and abroad.