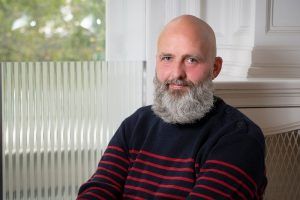 BIO: “Having an environmental background, I feel somehow atypical in the audio-visual sector.” After working as an environmental scientist and policy expert for a federation of reuse companies, Tim Wagendorp has been the sustainability coordinator at the VAF since March 2017. “My main focus is on VAF-supported film and media productions, but I also raise awareness at other VAF-related areas like at physical cinemas, during the screenwriting process, games, animation and in education. We use the Sustainable Development Goals as a moral compass for our work. We exchange our knowledge as much as possible and play an active role within Green Screen (and EURECA), Cineregio and EFAD. ” 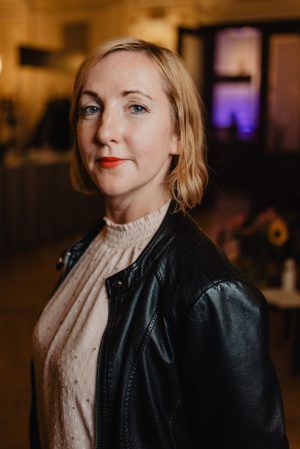 Zuzana Bieliková| Manager of Slovak Film Commission | Slovak
BIO: On June 1st 2018, Zuzana Bieliková was appointed the manager of Slovak Film Commission. She is a Prague´s FAMU production graduate having worked
on various professional positions in film production for almost 15 years. She has also actively devoted herself to foreign film marketing, where she has
gained worthy knowledge of the current situation on the film and television market in an international context. She has experience with managing projects
for important film and television events as well she assisted on many high profile projects for international film and television producers. 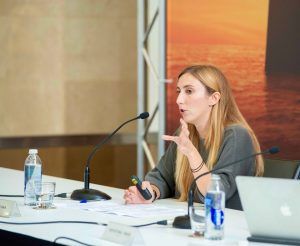 BIO: Legal Adviser and Project Manager at Promálaga. She coordinates on Promálaga&#39;s behalf the European Green Screen project (Interreg Europe) in Spain, whose objective is to promote green filming, improve green policies in the audiovisual sector, share good practices regarding the environmental standards necessary for the sector and, mainly that production companies (film , television, documentaries, etc.) adopt more sustainable measures / practices in their pre, production, post production and distribution processes. She is also developing as lead partner Eureca (European Environmental Calculator) an ambitious instrument that helps the audiovisual industry to better understand and evaluate the environmental impact of their filming as well as to make their production processes more sustainable.&quot; 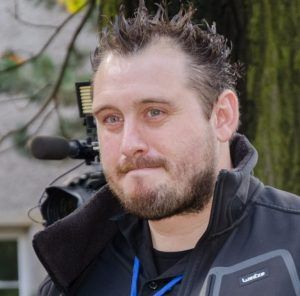 Florent Pallares – Ph.D. in films and visual studies and lecturer in Diplôme Universitaire de Photojournalisme et Innovations Audiovisuelles w Perpignan. He is the mentor of the Film Spring Open France association. He was also the chairman of the jury in the Short Films Festival Image in Cabestany. His cooperation with Film Spring dates back to 2008. 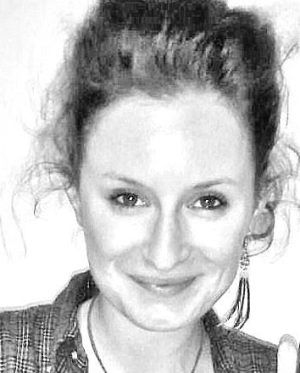 Ania Krupiarz – member of the Krakow Film Commission since 2014. She’s responsible for coordinating projects (e.g. film fund, Word2Picture), representing the film commission in partner organizations and associations, and more recently for green filming. She would like everyone she meets to know the idea of green filming. 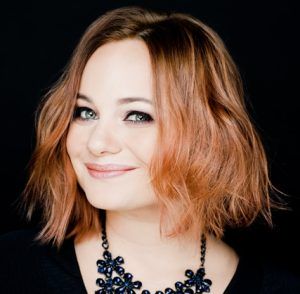 Magdalena Miśka Jackowska – journalist, radio host, teacher, member of the RMF Classic radio team for 15 years. An acclaimed presenter. She belongs to the select group of professional music film journalists in Europe. Author of numerous radio programmes made for RMF Classic on the topics related to cinema and film music, including documentary series Mistrzowie drugiego planu (Masters of the background) about unknown film professions and Cały ten film (All about film), which showed different stages of film production from the idea to the premiere. Hostess of the film magazine Moje Kino (My cinema), for which in 2010 she received the award of the Polish Film Institute for the best radio or TV programme about film. She was the author and hostess of the only film music hit list on the Polish radio, presented weekly on RMF Classic. Magda Miśka-Jackowska has conducted hundreds of TV and radio interviews with the greatest personalities of the world of music, cinema and most importantly film music. Author of the two-disc compilation Złota kolekcja – Ale filmy! (Gold Collection – Film music) and of many articles and texts about the tenth muse. Her latest radio programme, a 12-episode series entitled Zagraj to jeszcze raz (Play it again), also available as a podcast, is a story about the phenomenon of film music. The programme features several dozens of composers including the greatest stars of the genre such as Ennio Morricone and Hans Zimmer, as well as film directors, instrumentalists, heads of music studios, songwriters, conductors, actors and dedicated fans of film music. She graduated from the Faculty of Radio and Television at the University of Silesia in Katowice. To this day she is associated with the Faculty of Fine Arts at the university, where she holds classes for students in film scoring. As a teacher, she is also associated with the Academy of Music in Łódź. 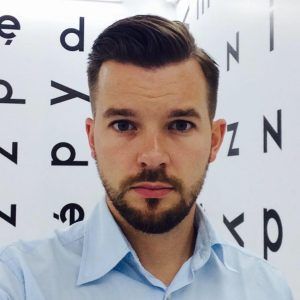 Stanisław Zaborowski – producer and Co-owner of Silver Frame production house. He graduated from Andrzej Wajda’s Master. Film School also studied in the University of Warsaw on Faculy of Jurnalismand Political Science. For a couple of years worked in several media companies. From 2007 to 2012 he worked in national Polish Television, TVN and Polish National Radio. He graduated from the e-learning course Digital Storytelling at the University of Birmingham and The Business Of Film at the Open University. Member of Chinese European Partnership of Development and president of Young Producer section in Polish Audiovisual Producers Chamber of Commerce (KIPA). From 2019 board member in KIPA. Producer and co-producer documentary and feature movies. One of his most important and successful short feature movie is „60 Kilo’s of Nothing” (dir. Piotr Domalewski). It was awarded on Triest Film Festival,Cottbus film Festiwal, WaMa Film Festival, Gdynia Film Festival, Koszalin Film Festival. In 2018 he debut documentary movie „Occupation 1968” (dir. Magdalena Szymków, Marie Elisa Scheidt, Stephan Komandarev, Linda Dombrovzsky) in co-production with Péter Kerekes. In 2019 he became a Polish representative at the Emerging Producers workshop and IDFA Academy in Amsterdam.

Prof. Sławomir Idziak – President of the Board of the FSO Foundation. Graduate of the National Theatre and Film School in Łódź, renowned director of photography, film director, scriptwriter. As a film director and scriptwriter, he made two cinema movies and four medium-length films. As a cinematographer he made over 70 films in 14 countries e.g. films by Krzysztof Kieślowski i.a. Blue, Andrzej Wajda’s Conductor, Ridley Scott’s Black Hawk Down, David Yates’s Harry Potter and the Order of the Phoenix. He has lectured in numerous film academies, won awards and has had honoured mentions in the Gdynia, Berlin, Venice, Prague and Auckland festivals. He was BAFTA, Cesar and Oscar nominee. He was awarded for his life achievements at the Plus Camerimage, Marburg, Miskolc and Cologne festivals.