We invite you to join the Virtual & Augmeted Reality Group, which will be supervised by one of the veterans of the Film Spring Open Workshop, Konrad Ziaja. 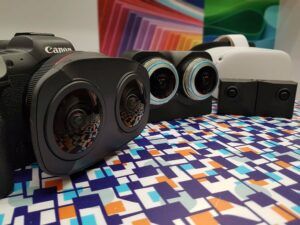 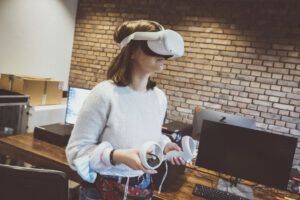 An interactive scenario will be created on the basis of which the group will record the footage in VR180 technology.Photos will be taken with Canon R5 and R5C cameras with RF 5.2mm F2.8L Dual Fisheye lenses.

In the original interaction editor, the movie will be enriched with decision points thanks to which the viewer wearing VR goggles will be able to choose the path that interests him.

The group will use tools developed by the creators of the CinematicVR start-up as part of their work on the Interactive VR Training System. 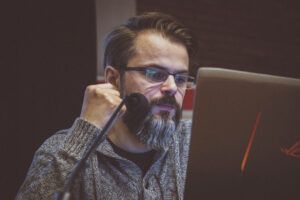 Konrad Ziaja – founder and CEO of CinematicVR start-up, which produces both VR and AR content, including 360° movies, VR applications, interactive catalogs of VR and AR products. Responsible for over 60 VR productions, including 360° films for Amnesty International, HBO Polska, Amundsen Vodka, and the Polish Investment and Trade Agency. For many years associated with the Film Spring Workshop, a fan of new technologies, electric cars, computer games and interactive storytelling. 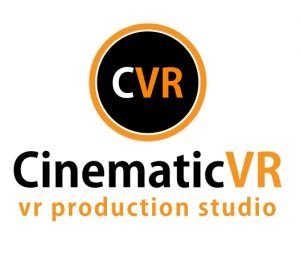