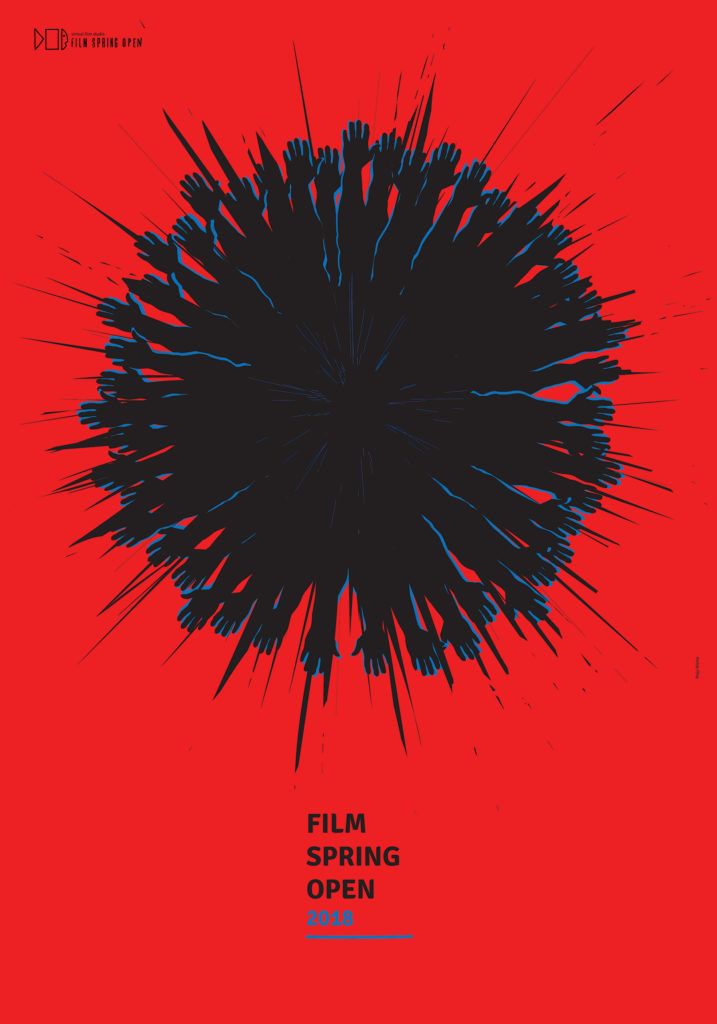 We start on 17.10 at our usual venue – Przegorzały in Kraków. There are more and more of us each year. There are 300 people already registered, and about 100 people plan to come to us from abroad. Your future and what awaits our industry, sets the direction of our activities. This year, we are supported by 50 Partners and the theme of this year’s edition is the New Production Model, and consequently, changes in the industry and new technologies.

We are working on our daily schedule but right now we are presenting in brief what awaits us at Film Spring Workshop this year.

This year we will host James Edward Marks and Chris Szkoda (HoloPortal) – creators of virtual holograms from England. For the first time in Poland you will be able to talk to a virtual hologram in MR!

We are also delighted to have the opportunity to meet the renowned producer Ewa Puszczyńska, (“Ida”, “Cold War”), who will advise debutants on which way to go and how to adapt on the changing AV market. Magdalena Kamińska (Balapolis) will talk about coproductions and working with an international partner on the example of “Werewolf”/”Wilkołak”.

Artificial intelligence and creativity? – this question will be discussed by an outstanding specialist, Aleksandra Przegalińska, who works at the MIT (Massachusetts Institute of Technology) in Boston and is a researcher of new technologies, virtual reality identity, humanoid artificial intelligence and who also deals with robotics. She will bring with her Muse headbands testing the activity of our brain. The international company Unit 9 will present its VR and AR projects. The creators of the first Polish feature film in VR -”A Postcard from an Uprising”/”Kartka z Powstania” directed by Tomasz Dobosz will show how complicated but also fascinating process you have to go through to create an engaging narrative.

To all creators who want to find a new reality, we recommend a lecture and a workshop on psychology by Aleksandra Zienowicz-Wielebska, Ewa Serwotka and Pola Weiner. Konrad Kruczkowski will tell you how not to stop creative work in the so-called adult life.

The excellent, charismatic Gabriela Muskała (“Fugue”, “7 feelings”) will talk about acting in the film and whether an actor can write a script for themselves, and also how not to let go and follow the path.

Screenwriters will be assisted by Aleksandra Leszczyńska and Zofia Horszczaruk who will show how to pitch projects and promote them at festivals and also how to write an interesting synopsis.

About the art of animation using Cinema 4D on the example of his own projects will tell us our guest from Germany, Fabian Rozenkranz as well as Kamil Polak, who not only makes animated films, but also creates animations for the plays of Krzysztof Warlikowski. Piotr Ługowski (MBS Ltd.) will talk about music and its role in the film.

This year, we prepared 22 creative groups with diverse programs:

– Award-winning Laila Pakalnina, director of documentary and feature films, will come to us from Latvia to lead the documentary film group;

– Thanks to our Partner, FoodCare, the producer of 4Move drink, the sports film group was created this year. The group will be filming the RUNMAGEDDON TRAINING RUNS held in Przegorzały and in Andrychów. We invite you to take part in them, but also to make a reportage of this event. Marcin Koszałka, director and DOP, will support our participants. In the Friday’s race a renowned goal-keeper, Jerzy Dudek will participate. 8 Participants of the group will receive scholarships from FoodCare to participate in the group (accommodation and meals);

– Music videos group led by Kobas Laksa – the winner of Fryderyk award for the best music video of 2017 – will create music videos for Tymon Tymański. Thanks to the Agora Publishing House, our participants have the opportunity to receive three scholarships to participate in the Film Spring Workshop;

– Groups: Animation – Kamil Polak – the creator of the animated film “The Lost Town of Switez”, which we will show during the Workshop and Painting Animation (Daria Rzepiela and Tomasz Wełna) will support the participants in creating music videos for Universal Music Polska. If the music videos appeal to them, Universal will sign commercial contracts with their creators;

– Transmissions in 4K quality no longer require the use of transmission vehicles. The future of streaming are 360-degree technologies and virtual reality – the SelfieTV Group (Łukasz Owczarzak) will have the opportunity to work using various equipment available for streaming: Panasonic 360 cameras, Black Magic equipment, Sony and an Israeli company – Mantis Vision equipment delivered by Bemiks. This year, the group also tested the new Selfie TV application that will allow Cinebus to upload videos recorded on mobile phones and will enable communication on the set. Thanks to Aruba, from this year, Cinebus is equipped with its own internal network enabling the transmission of films to Cinebus from a distance of up to 500 m;

– The Canon nature films group will hunt nature photos of the night forest under supervision of Maciej Thiem and Adam Suzin with the help of the extremely sensitive Canon ME20F-SH camera (4500000 ISO) allowing night shots without any lighting. Let’s search with them for a new language of storytelling to describe the world which we live in;

– Scriptwriting group (Borys Lankosz, Łukasz Maciejewski), to which the participants are selected on the basis of their treatment proposals will work on the analysis of their screenplays;

– New production model group will discuss how to make feature films cheaper and better using scenes from scripts as the starting point for the discussion (Sławomir Idziak);

– Commercial film group (Marcin Ziębiński, Kamil Janik) will support Szlachetna Paczka. We encourage you to use VR and AR in advertising;

– The interactive narration group (Florent Pallares) will be involved in the work on the further part of the “Only You” project that has been carried out and analised for the last two years at our Workshop;

– Virtual and Augmented reality (Konrad Ziaja) will invite you to create new worlds and narratives;

– Augmented reality cinematic experience group (Wojciech Szczerba) is an experiment – a game to which we invite all participants of the Workshop;

– A modern workflow on the set of audiovisual projects. Post-production (editing, colour correction and CGI) during filming (Bogdan Dziworski) – will work using and testing Cinebus’s capabilities. We will analyze the structure of the Virtual Studio we are building, which will be the subject of this year’s Symposium (20-21 October);

– In the CGI and modern editing group (Jakub Sobek), you will familiarize yourself with the basics of animation, which you can then use in editing;

– Internet creators will be led by a socially sensitive blogger Konrad Kruczkowski and Ania Siewiorek. The group will explore modern forms of interaction with Internet users;

– LG YouTubers group (Daniel Rusin) is a group in which you will be able to make films using smartphones. The last Sodeberg movie was drawn only by means of mobiles.

– The OFFmaster Group (Wiktor Obrok) – practical technical exercises showing how to use various components of a modern, but economically-minded filmmaker’s vocation;

– No budget films (Andrzej Szypulski) will show how to make a film with no budget;

– Film graphics group (Maja Wolna) – we will encourage you to design a promotional poster for the film.

Screenings and meetings with filmmakers

Director Adrian Panek, who was awarded this year for directing at the Festival in Gdynia, will tell us about his film “The Werewolf”/”Wilkołak”The film “Strzemiński / Kobro. Fantastic Tale” directed by Borys Lankosz and with cinematography by by Marcin Koszałka will have its premiere at Film Spring Workshop. This film was made specially for the Centre Pompidou in Paris. Kamil Polak will show his full-length animated film “The Lost Town od Switez”.

Marek Koterski, the director, will be our guest. We will watch his new comedy “7 feelings” featuring excellent actors.

We will be hosting Jagoda Szelc again, this time telling about her diploma film “Monument”.

Lila Pakalnina will show two of her films: “Short film about life” and “Dawn”. Operator Piotr Kukla, who will come to us especially from the Netherlands, will show the film “The Storm” / “De Storm” dir. Ben Sombogaart and tell how amazing it can be to work on a catastrophic film.The projection of the debut film “Juliusz” is special to us – the director Aleksander Pietrzak was a three-time participant of our Film spring Workshop. Cinematographer, Mateusz Pastewka, will tell you how to prepare and plan a movie using pre-visualization.

Symposium of the New Production Model

On October 20-21 we organize a Symposium devoted to this topic. It will be led by Filip Kovcin (Film Pro). Participation in the discussion: Sławomir Idziak (cinematographer), producer Magdalena Kamińska (Balapolis), Maciej Ryśniak (Movie Bird), Łukasz Bem (Bemiks), Przemysław Garlak (CamSat), Robert Woźniak (Canon), Łukasz Bem (Bemiks), Konrad Ziaja (Film Spring Open). We will discuss the case of a virtual studio, which, like everything in the Film Spring Open, can be mobile…

During the event, there will be presentations of modern equipment produced in Poland and abroad. The equipment will also be available to participants of the Film Spring Workshop (MovieBird crane 14 , DGI drones, gimbals, LED light from the Akurat, etc.).

Film Spring Workshop’s Partner and provider of the Cinema 4D software for all workstations available at the Workshop is Maxon, at the invitation of which Fabian Rosenkranz, the creator of animations, will visit us. For our participants, the Adobe software package will also be available (thanks to Graficzne.pl), and also for the first time this year Avid and Pro Tools, and thanks to the Cyfrowa Republika – Resolve 15.

The participants of the Film spring Workshop will have cameras by: Arri, Canon, Panasonic, Sony, Black Magic, RED; lenses: Angenieux, Sigma, Samyang, optics from Panavision, LG phones and a lot of additional equipment, and above all two editing rooms (in the Cinebus and at the venue) equipped with HP workstations. As every year, Lux will provide light and professional suppor. The LED lights will be provided by the Akurat company and grip accessories by GLC. The professional Schoeps and Azden sound equipment will be provided by MBS Sp. z o.o. and ZOOM equipment will be provided by Sound Service. VR solutions will be delivered by VR Games and Epson.

The creativetools.pl company will provide workshops on editing using Avid program as well as workshops with the RED camera and Sony VENICE.Thanks to the Cyfrowa Republika (Digital Republic) company, there will be workshops on colour-correction using BlackMagic Design.Marian Folga will conduct a workshop on the basics of stage make-up.

We can already guarantee that the programme will be interesting. Feel invited!

More about the programme of creative groups here