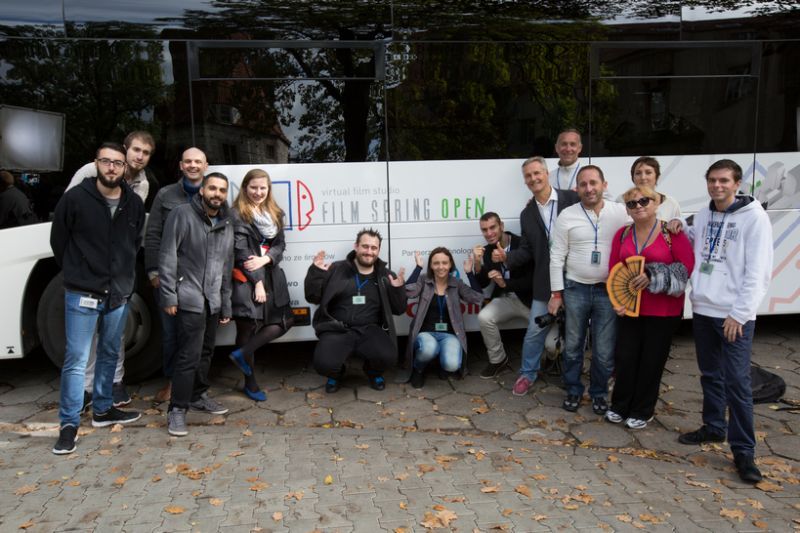 Film Spring Workshop more international than ever before

Every year Film Spring Workshop welcomes an increasing number of foreign participants and gradually becomes a truly international event. This is of course due to our promotional activities but also thanks to you, our participants. Every year you go back home and tell about us your family, friends, co-workers and colleagues. Some of you, take it a step further and become our Ambassadors, promoting FSO during various film festivals around the world.

Last year was especially rich in international events during which the Filmspringers participated in official and unofficial meetings, presenting our educational program.

In 2016 Martn Demmer went to Tallinn, Estonia, where he was invited as a panelist to Industry@Tallinn & Baltic Event, the industry professional’s summit which runs 17–24 November during the 20th Tallinn Black Nights Film Festival.

There were other exciting business, education and networking events taking place during the Industry@Tallinn & Baltic Event week, a lot of them targeted at young professionals.

Later that year, in December 2016, Martn was in Sofia, Bulgaria at IN THE PALACE International Short Film Festival where his short film Back and Forward INC. was screened at main competition.

The next stop of Martn’s film adventure was the European Film Market of the Berlinale 2017.

Then, in April, he participated in Symposium Film und Politik in hochpolitischen Zeiten in Cologne, Germany.

17 – 28 May we all followed the events of the amazing 70th Festival de Cannes.

Martn took part in various meetings which resulted immediately in new followers of our FB profile as well as numerous messages asking about our workshop.

The FSO representation at Festival de Cannes was stronger than ever, as our last year participant, a producer, actress and director, Anna Fam, who made her first film at our workshop, was among the Polish producers participating at the Producers’ Network meetings.

The 14th edition of the Producers Network industry events took place from 18-24 May. In the annual event accompanying the festival in Cannes participate about 550 film industry representatives from around the world. The event is a great opportunity for networking with potential partners to co-produce, distribute, or promote films.

Among many other meetings and events, Anna took part in a business breakfast co-organised by the Polish Film Institute.

Apart from annual film events, in France we have a year-long media exposure thanks to our sister organization, Film Spring Open France established by our long-term friend and FSO participant, Florent Pallares, PhD graduate in film and audiovisual studies and a tutor at Diplôme Universitaire de Photojournalisme et Innovations Audiovisuelles in Perpignan.

Film Spring Open France Group participate in our workshop every year making their films and cooperating with other participants and our tutors.

As a result of these promotional activities, for which we are very grateful to our friends and Ambassadors, this year edition is expected to be more international than ever before and our team is already being busy with applications from all over Europe.

We are looking forward to meeting all of you and hope that our workshop will be a true milestone on your beautiful film journey.