The 16th edition of the Film Spring Open Workshop is starting in less than a week!

For the 16th time we invite all audiovisual authors to participate in the Film Spring Open Workshop, which will take place between October 12 and 21, 2021. Here is our programme. 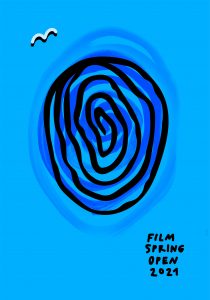 The heart of the festival are thematic groups led by renowned artists and technicians.

It will be mentored by Jagoda Szelc, screenwriter and director honoured with the Golden Lions for her debut “Tower. A Bright Day”. The author will answer the nagging question: “Where to start?”.

Marcin Koszałka, a recognized and award-winning cinematographer and director, will be the guide to feature cinema. The filmmaker will use the short story “Bloody Lolo” by Łukasz Orbitowski and will invite participants to shoot a complete short film based on it.

The group will be looked after by Hanna Polak, a well-known documentary filmmaker and charity activist, nominated for an Oscar for the film “The Children of Leningradsky”. The author will talk about her own approach to creative storytelling and reveal a recipe for valuable cinema vérité.

It will be supervised by Tomasz Siwiński, author of “A Blue Room” awarded with the Silver Hobby-Horse at the Krakow Film Festival. The director invites you to create short opening sequence on the greatest challenges of today.

We entrust marketing enthusiasts to Jan Cieślar, a multiple winner of the most important advertising festivals. He will talk, among others, on post-advertising, the economy of attention and the constant discovery of new media.

It will be headed by Konrad Aksinowicz, director of “Return to Legoland” and author of music videos for artists such as Brodka, Margaret and Doda. Participants will learn, among other things, how to avoid falling into (re)creative clichés.

Its members will be guided by the regulars of the Film Spring Open Workshop, Konrad Ziaja and Martn Demmer.Konrad will talk about his experiences in the implementation of AR content based on the production of the CinematicVR start-up.Martn, in turn, will introduce you to the secrets of volumetric film and photogrammetry for VR/AR storytelling.

It will be led by Maciej Kunach from the Bloober Team. Maciej, who is a former student of the Workshop will deal with the subject of film qualities of video games, guiding participants through the entire process of creating them.

It will be run by Artur Homan, a filmmaker, forester and photographer, a man who infects everyone with positive energy. During the workshops, participants will observe and film the animals, as well as edit previously shot materials.

Agata Nawrocka, for whom the world of visual effects has no secrets, will be a mentor. nawROCKa will prepare the participants to work as a Motion Designer / Compositing Artist.

Florent Pallares, co-founder of the Red Eyes Cool film group, will be a supervisor again. Participants will be able to join ongoing international interactive projects.

It will be mentored by Sławomir Idziak, a world-renowned cinematographer and initiator of the Workshop, together with Martn Demmer. They want to shoot the scene with the participants, testing modern solutions for the genre film.

Participants will find out that all you need to make a movie is an idea and a mobile phone. The mentor, Konrad Kruczkowski, will teach them not only how to create video materials for the Internet, but also how to promote them in social media.

Magdalena Miśka-Jackowska will also guide her students through the meanders of film marketing advising participants to plan it from the beginning of production. Being aware that promotion is essential for young filmmakers, the mentor will encourage the participants to show their presence at the Workshop in an intriguing way.

Under the supervision of Wiktor Obrok, the members of the Group will undergo intensive training in directing and cinematography. They will learn how to create a professional movie in the independent cinema system.

During the Film Spring Open Workshop, there will also be:

For 16 years, we have been stimulating the industry’s future using new trends, formats and talents. We work with over 60 leading companies and corporations that provide modern computer equipment and applications worth EUR 3.5 million.

We invite you behind the scenes of previous editions:

We would also like to remind you about this year’s Film Spring Open’s and the Wawel Royal Castle’s initiative – the Wawel Hackathon!