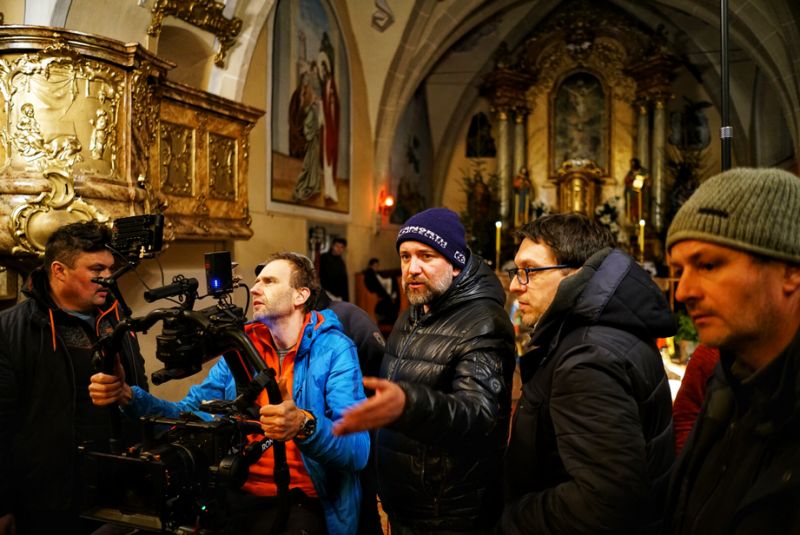 Borys Lankosz will teach screenwriting at the Film Spring Workshop.

Borys Lankosz, one of the most renowned Polish filmmakers will be a tutor of the screenwriting group at our 10-day film workshop in October.

A graduate of the famous National Film School in Lodz, he made his debut in 2001 with a harrowing documentary Evolution about neglected patients of a mental institution, awarded on various international documentary festivals. He worked on the script of Evolution with Marcin Koszałka, also a frequent guest of Film Spring Open.

The true success of Lankosz came with his directorial feature debut in 2009. Reverse was showered with prizes, including the Golden Lions at the Polish Film Festival in Gdynia. It was recognized as one of the best Polish films of the decade and was the Polish official entry for the Academy Award.

th feature in Lankosz’s filmography and another success is the thriller Grain of Truth, the script for which Lankosz wrote with Zygmunt Miłoszewski, an author of the best-selling novel on which the film is based.

Currently, Lankosz is finishing his third feature, Dark, Almost Night, for which he wrote the script with Magdalena Lankosz.

The work of the script writing group will be based both on intensive individual one-to-one tutorials and on the participants’ joint work. Each morning is designated for work with one participant on their individual project and in the afternoons the group will work together.

Of course, the screenwriting group participants can attend all other lectures, workshops and screenings included in the Film Spring Workshop’s programme.

Film Spring Workshop is not only about gaining theoretical and practical knowledge under the guidance of the best specialists, but also it gives a huge boost of energy to create and work.– It is a great opportunity to meet young filmmakers from around the world. I believe that by sharing my experience with them, I will be able to give them strength and inspiration for further development and creativity – says Borys Lankosz.

8 people will be admitted to the group based on the submitted works. The application containing: name, surname and a 10-page treatment of the feature film should be sent to: biuro@filmspringopen.eu until September 10th. The results will be announced on October 5th.

It is a great chance for young screenwriters to work on their script with such an acclaimed filmmaker, especially that this year there are no restrictions regarding the genre of the film projects.