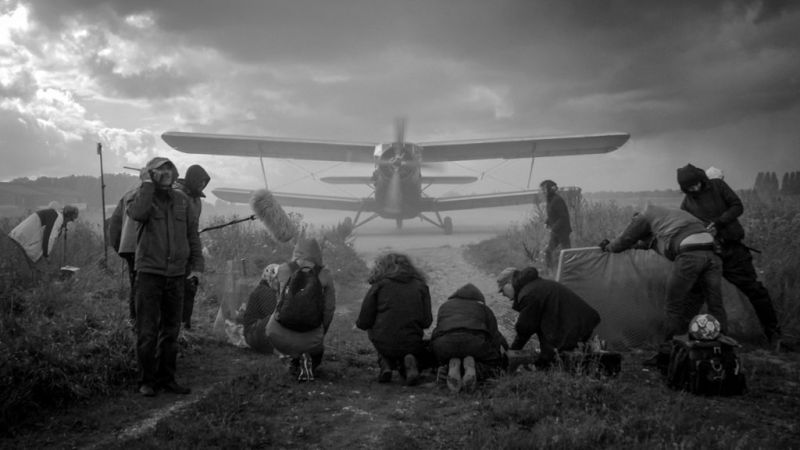 Laila Pakalnina, a Latvian film director and screenwriter will tutor the documentary group at the Film Spring Workshop.

– Every film for me means risk. I am not craftsman; I am not delivering certain product. I am making film and that means breathtaking balancing between shit and art. I hope for art of course. And I admire this risk. As for me this is the only way how to make film – Laila describes her creative process.

Under her watchful eye, for 10 days the documentary group participants will work on their projects, starting from developing their ideas and ending with the post-production. These who will join the group without the idea for a documentary, can still find the subject on the spot, as according to Pakalnina „film is waiting for us around the corner.”

– I call my method of work “Fishing in the river of time”. As life is extremely talented, we just put camera, set composition and wait. And life happens. So film happens. Sometimes immediately, sometimes in hours and even days. But it happens – the artist adds.

Young documentary makers, apart from practical work on their films, will learn how to pitch their ideas and will participate in consultations, discussions and screenings of the films made by them during the workshop as well as other activities included in a very diverse and interdisciplinary programme of the event.

Laila Pakalnina has graduated from the Moscow Film Institute (VGIK), Department of Film Direction. She is a director and scriptwriter of 28 documentaries, 5 shorts, and 5 fiction features. As she describes herself: altogether she has 38 films, 2 children, 1 husband, 2 dogs and 2 bicycles. And many ideas for new films. Her films have been screened at Cannes, Venice, Berlinale, Locarno, Karlovy Vary, Rome and many other international festivals, where they have won numerous awards. She was nominated twice for European Film Award for a documentary Dream Land and a short film Fire. Laila Pakalnina’s Dawn (Ausma) was Latvia’s official entry for Golden Globe & Oscar consideration for Best Foreign Language Film.

– I like to make films on simple subjects – delivery of the mail, bicycle road, just a bridge etc. In fact like in very beginning of film history brothers Lumiere did – Arrival of a Train at La Ciotat; Workers Leaving the Lumière Factory etc. Maybe it is because filming simple things or actions you always catch something more, something meaningful. As for example in the shot with postwoman there is something more than just postwoman, there is universe – because it is documentary, it is not created by me but by life. I am just fixing this universe from the certain angle in certain framing – the group’s tutor says about her films.

Film Spring Workshop will take place from the 17th – 26th of October in Krakow, Poland. Please remember to register on our site.

We are looking forward to hosting you at our workshop. Be brave, take risk, make films! See you in Krakow!