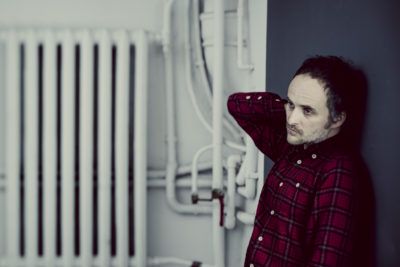 Nobody is waiting for your films? We have good news. Everyone is waiting for your music videos! Join Music Videos Group KAYAX making a clip for (you have two options) Artur Rojek “Czas, który pozostał” or Skubas “Brzask”! The final clip made at Film Spring Open Air has a chance to become an official music video and will have a nationwide promotion by KAYAX!

Ania Maliszewska is one of the most renowned music videos directors in Poland. She made music videos for i.e. Kasia Nosowska, Hey, Reni Jusis, Urszula Dudziak, Myslovitz, Sistars, Kayah, Zakopower, Smolik, Doda. Her works were awarded at Polish and international festivals, she also co-created MTV channel in Poland.

You have little time so use it well

“Music video is one of the few forms of film where the music is as important as the image. When I start to work on a music video I listen to the song all the time. I dive into the world of the artist and the song. Moreover – I dive in headfirst and I do not come back for air until I understand what this world is made of, what color it is, how it smells. Only then the idea comes out. Sometimes the concept is most important other times it is the mood or the story that you’ll see while listening to the music. What matters is consequence. Remember that the song is short – you have little time so use it well to entertain, surprise, shock, frighten, embarrass, and move. Everything is allowed! We put in your hands two great songs and we can’t wait for your scripts! So take a deep breath and dive in headfirst!” says Ania Maliszewska.

Partner, which offers scholarships for group participants, is Kayax. Poland’s leading record label and the first company in Poland in music industry working in 360 degrees model dedicated to artists at all levels of their business. The founders of the record label are a well-known Polish singer Kayah and her long-time manager, friend and business partner, Tomik Grewiński. More information about KAYAX at www.kayax.net

The theme of participants’ practical work is to create a music video for (you have two options):

2. Skubas “Brzask” previously known for his collaboration with Smolik, in September 2014 releases his second solo album.

Applying for this group you will have a chance for a scholarship which will cover:

– The cost of accommodation and meals at Przegorzały GuestHouse of the Jagiellonian University in Krakow, Poland for the time of Film Spring Open Air, that is from 1st to 10th October 2014 (does not include participants’ travel costs),
– Artistic coordinator who will provide artistic consultations for participants during the pre-production work on the script before FSO and will give lectures and supervise participants’ artistic work during FSO,
– Exemption of registration/tuition fees for FSO.

Music Videos projects will be made:

– To present an idea for a music video,
– In the form of audio-visual materials and/or pre-visualizations,
– In available locations where FSO will take place,
– Using film equipment and software currently available at FSO.

Number of places (scholarships) in music videos group is limited. The main selection criterion will be the idea for a music video also supported with information about current work of the applicant (to be updated in a user’s profile on our portal). Selection of music video projects for Film Spring Open Air will be made by: Sławomir Idziak, KAYAX, Anna Maliszewska, the Singer (Artur Rojek or Skubas).

IMPORTANT! The main selection criterion will be the idea for a music video:
3. Listen to the selected tracks! Artur Rojek „Czas, który pozostał” or Skubas „Brzask”. Important! SoundCloud links will be sent only to interested applicants. Send your request by e-mail to get the links to Gosia Tusk at gosia.tusk@filmspringopen.eu

Looking forward to hear from you!

* After the selection of group members and prior to their participation at Film Spring Open Air 2014 participants will be obliged to enter into a grant agreement with KAYAX on creating visual layers of a music video (herein after referred to as the “Music Video”). This agreement states that when obtaining a scholarship and participating at Film Spring Open Air 2014 the participant, without additional compensation, will create a visual layer of the Music Video and will transfer to KAYAX, without time and territorial constraints, copyrights and derivative copyrights for the visual layer both within the Music Video and for the individual song on all fields of use known at the time of conclusion of the contract, including as indicated in art. 50 and 86 paragraphs 1 point 2 of the Act of 4 February 1994 on copyright and related rights.

Applicants interested in the content of the agreement as described above may receive a draft of such an agreement by sending a mail request at: gosia.tusk@filmspringopen.eu